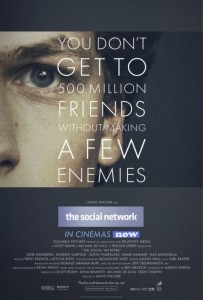 “The Social Network”, written by Aaron Sorkin and directed by David Fincher, is my favourite film this year. It’s also one of the smartest films I’ve seen recently, and it’s packed with rapid-fire dialogue that’s so rich, so clever, you’ll want to see the film a second time to enjoy it all over again. The dialogue is so sharp and the soundtrack so haunting, they give the film an edge-of-the-seat quality that’s hard to explain.

The Social Network is a mammoth accomplishment, a feat of craft and smarts and extreme generational significance. The maker — with Sorkin and Reznor and that cast — deserves to take a bow.For this is the history we’re living today.

The high point of The Social Network is its super screenplay  where every dialogue becomes a quotable quote. The exchange between the lead characters is witty and vibrant, carrying forth the drama with a throbbing intensity. And the performances are simply splendid.  Just don’t miss this one.

The Social Network is one of the best films I’ve seen this year. It simply and surely reinstates the power of writing. It illustrates that when it comes to compelling cinema, the biggest and most expensive special effects can’t match human drama and emotions. This film is a pleasure to both watch and listen to. And when it’s over, you just want to go back in again, to catch all that you may have missed the first time. The Social Network isn’t really a film about Facebook. You will savor its brilliance even if you know nothing about social networking. This is a story about basic human frailty and emotion. Don’t miss it. 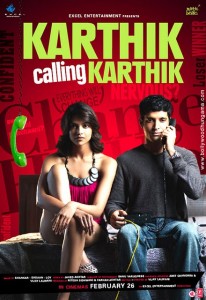